Expand your global and cultural understanding through international study.

The William and Robert Shuford Center for International Education offers smart, affordable opportunities for you to immerse yourself in a new country and academic environment, providing you transformative experiences and important skills that you can apply throughout your life. 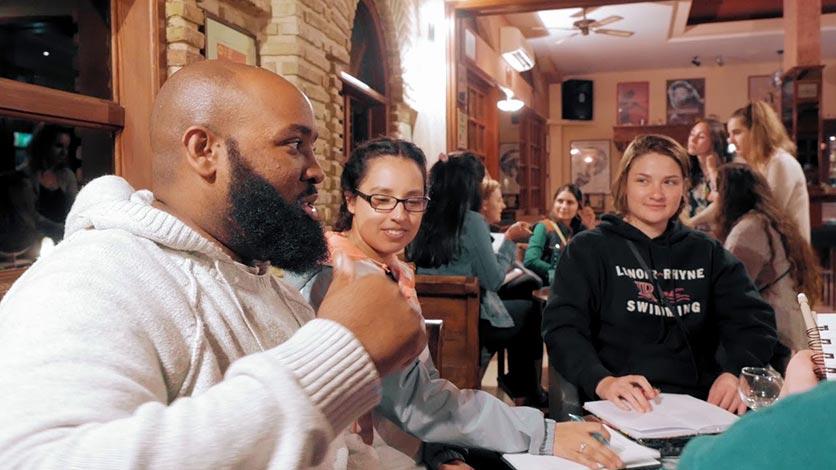 Invest in Yourself & Your Future

You need to experience more than the culture that you are used to. Study abroad provides you with the opportunity to expand your knowledge and engage other cultures in ways that broaden your perspective.

Our programs offer courses that you need to graduate on time. You may choose from summer, semester and year-long options, as well as faculty-led opportunities during spring break.

I studied abroad the summer after my sophomore year at the University of Exeter. Through that experience, I explored a topic I wouldn't have otherwise, enabling me to broaden my horizons.

Our thorough advising, supportive workshops, orientation materials, pre- and post-study abroad courses will help you to make the most of your experience.

If you need extra support applying for a passport, or writing scholarship essays, we are here to help. We also provide opportunities to talk to students like you who have studied abroad before. We want you have a successful experience abroad that results in you gaining valuable real-life experience you can use when you graduate to leverage your first job or applying to graduate school.

Encourage your parents or guardians to read through these options with you so that your whole family gets a chance to review the costs associated with studying abroad. Planning ahead is a great advantage when building high-impact learning experiences into your LR education.

You can only learn so much from the textbook in your comfort zone.

Studying abroad doesn’t have to be out of reach. You can find a way to make study abroad affordable for you. We offer many affordable options, and in some cases, your overall bill will be the same or less than your typical semester on campus.

Financial aid and assistance can be used for your expenses, and you can apply for a range of LR and national scholarships to make this even more economical.

Get started on your study abroad journey, discover scholarships and get connected with an advisor.

Some international students weren't able to go home when the COVID-19 pandemic hit, and some found it safer to remain at LR. They made a community and family in the midst of the pandemic having meals together, going on excursions and more.