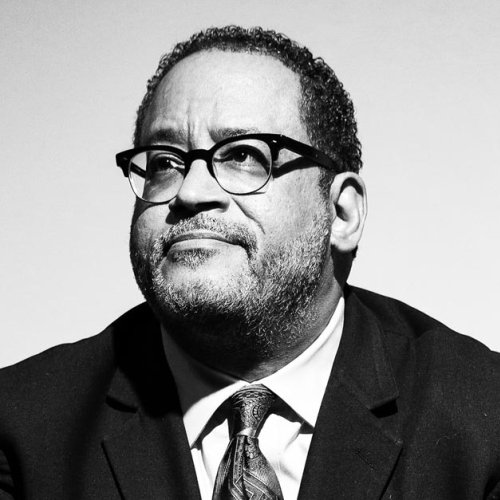 Lenoir-Rhyne University will host renowned professor, writer, preacher, lecturer and media personality Michael Eric Dyson on Thursday, September 15, at 7 p.m. in P.E. Monroe Auditorium. The event is free, open to the public and is co-sponsored by the Lenoir-Rhyne University Office of Diversity, Equity and Inclusion and the Visiting Writers Series.

In advance of Dyson’s visit, first-year students and members of the campus community are reading Dyson’s book “Long Time Coming: Reckoning with Race in America,” which was selected as this years’ campus read. This annual event engages the campus and community through a common reading experience to foster dialogue, critical thinking and university participation.

Dyson’s rise from humble roots in Detroit to his present perch as a world class intellectual, noted author of 21 books, prominent leader and national media fixture testify to his extraordinary talent. He is the Centennial Chair at Vanderbilt University and serves as University Distinguished Professor of African American and Diaspora Studies in the College of Arts and Science and University Distinguished Professor of Ethics and Society in the Divinity School. He is also a contributing opinion writer for “The New York Times,” a contributing editor of “The New Republic” and of ESPN’s “The Undefeated” website.

His influence has spread far beyond the academy in his roles of renowned orator, highly sought-after lecturer and ordained Baptist minister. For the last quarter of a century, Dyson has also enlivened public debate across the media landscape on every major television and radio show in the country, including “The Late Show with Stephen Colbert,” “Real Time with Bill Maher,” “The Today Show” and NPR's “All Things Considered” and “Talk of the Nation.” His pioneering scholarship has had a profound effect on American ideas.

He is one of America’s premier public intellectuals and the author of numerous “New York Times” bestsellers, including “Tears We Cannot Stop,” “What Truth Sounds Like,” “Jay-Z: Made in America” and “Long Time Coming.” A winner of the 2018 nonfiction Southern Book Prize, Dyson is also a recipient of two NAACP Image Awards and the 2020 Langston Hughes Festival Medallion. Former president Barack Obama has noted: “Everybody who speaks after Michael Eric Dyson pales in comparison.”

Learn more about the Visiting Writers Series and events offered at Lenoir-Rhyne University.