Madeline Schmidt didn’t necessarily have unique plans for her time in college.

A double major in business management and marketing, Schmidt was in search of an internship and thought if she has to take a shot, she may as well shoot for the stars.

A senior, Schmidt applied for and was selected to participate in an internship program with NASA, and that’s what she did for 10 weeks over the summer, helping gather information and provide input into the future of space exploration and aviation. 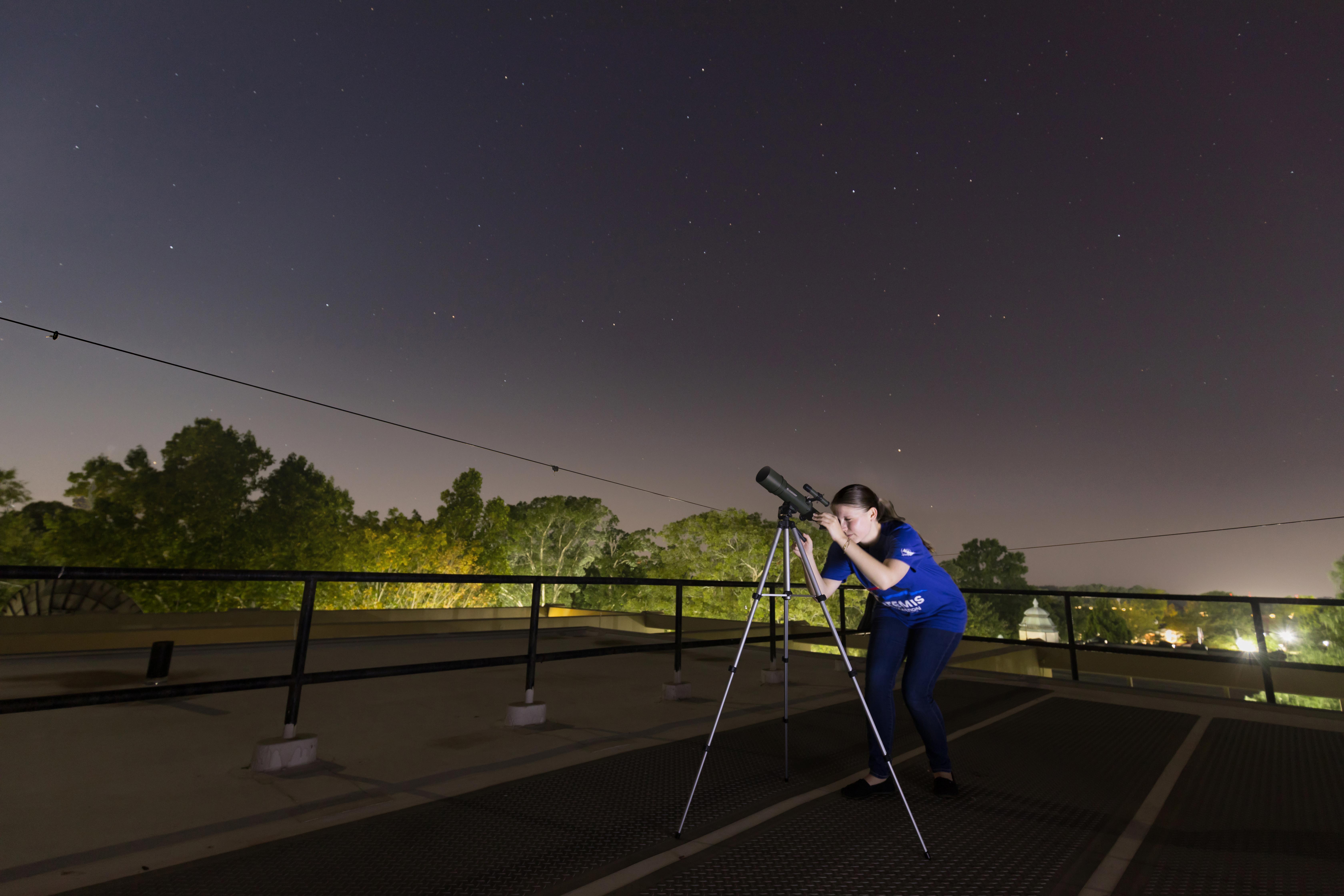 “I’ve always had a love for space travel and NASA,” said Schmidt, who says her love for space and aviation came from a lifetime of watching her dad, who is a pilot, and mom, who is a flight attendant, take to the sky. “The history of it where people were brave enough to go into the unknown when they may not be brought back to earth.”

Like many college students, Schmidt knew she wanted to do something. She didn’t know what, but she wanted it to be remarkable.

“An internship is supposed to lead to a job, and I wasn’t finding any internships that I was excited about,” she said. “I did have an opportunity at a financial agency, but my mom said, ‘You love NASA. Do they have anything?’ I thought — no. I’m not a STEM major, so I didn’t think there was a chance. But I looked anyway.”

She found an internship application that featured a series of essay questions with strict character counts, such as describe technical skills in 300 characters or less.

“I used anything I could to sell myself,” she said. “I told them that I loved the history of NASA, but I also wanted to be a part of its future.”

On May 4, she received a call from NASA.

“They called and said they were impressed with my résumé and offered me the internship,” Schmidt said. “I didn’t even have to interview. They told me I could take a few days to think about it, but I accepted right away.”

Like that, Schmidt became an intern for the Office of Strategic Analysis, Communications and Business Development for the NASA Langley Research Center. She was tasked with contacting commercial companies in aviation and aerospace to see how they could collaborate on projects with NASA to impact the future of space travel and aviation.

Over those 10 weeks, she interacted with 136 different companies and compiled a final report. In addition, she had the opportunity to interact with and work with professionals throughout the organization.

...I have a new excitement to learn because the internships took everything i knew and made it real.

“Every time I was in a meeting, I was working with NASA employees,” she marveled. “Some of the things they were talking about went right over my head, but it was so cool. I heard from two astronauts who took a shuttle into space — and one who spent time on the international space station. I heard from the agency director who works from Washington, D.C., and speaks directly with the President of the United States.

“I heard from a systems failure engineer who has been with NASA for 54 years. He was there when ‘Houston had a problem,’ and he facilitated the conversation between the President and the astronauts from the moon landing during Apollo 11. It was his system failure alert that they were able to turn off and have the moonwalk with Neil Armstrong and Buzz Aldrin.”

It was a once-in-a-lifetime experience for Schmidt, who said it has completely changed the way she sees everything from daily homework assignments to organization and future job prospects. 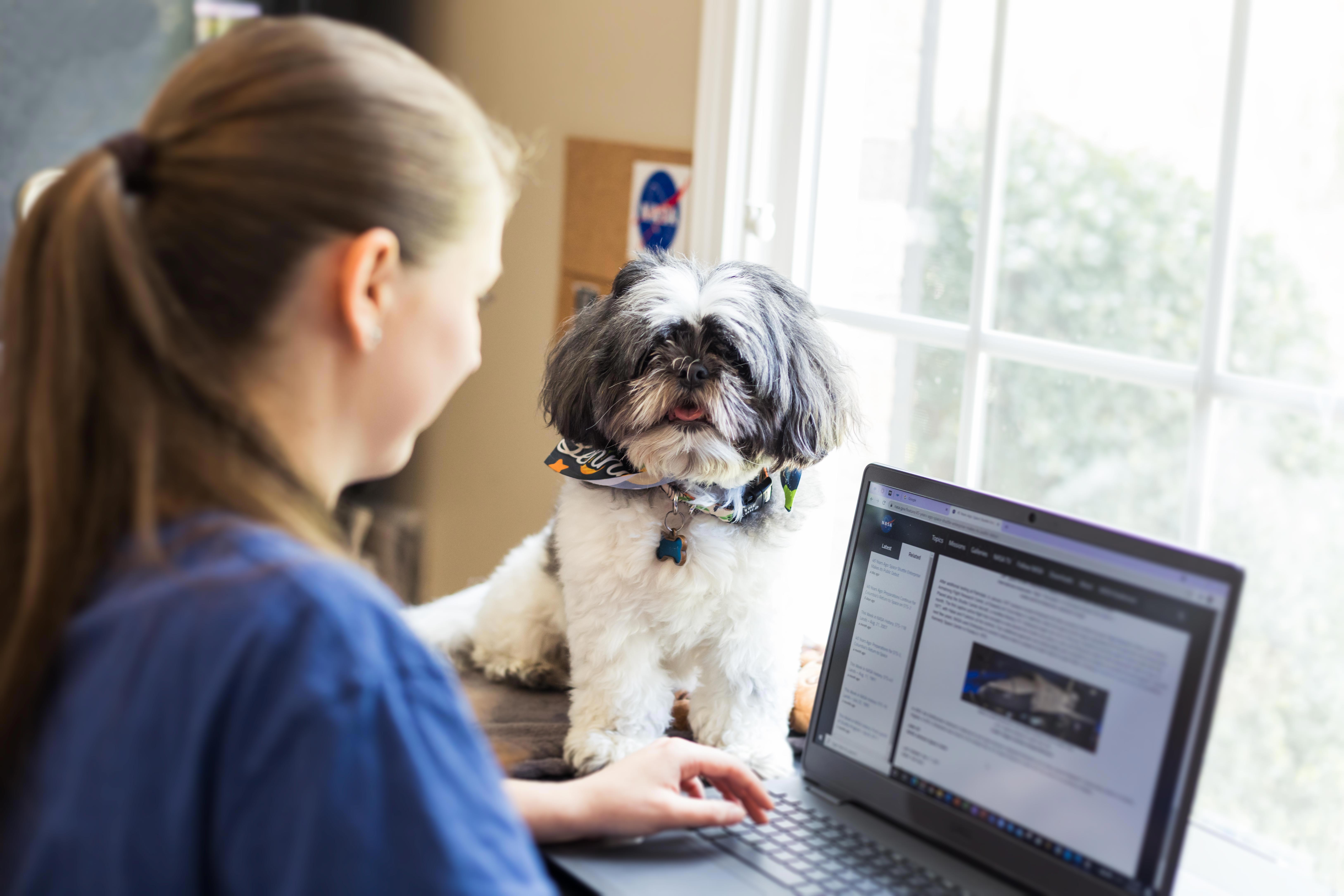 “I walked into it thinking they were going to talk down to me,” she said. “They’re longtime NASA employees, and I’m beneath them. But that wasn’t the case. They came to us and told us to take the NASA mission and move it forward. They wanted our input and fresh ideas. They charged us to come and take their jobs and make NASA better.”

In the presentation Schmidt prepared, she offered ideas and input on where NASA can partner with various agencies that she presented to her superiors. And, once it has passed through security clearance, she’ll be provided with a copy that she can use for her interests and research in the future.

“It’s certainly going to be hard to go back into the classroom, but I have a new excitement to learn because the internship took everything I knew and made it real,” she said. “I see things in textbooks now and can apply it to the real world.”

Schmidt is on schedule to graduate in December 2022. She hopes that her experience and relationships gained during her internship can lead to a position at NASA or in aviation aerospace. However, she also hopes it inspires her classmates and future students to chase their dreams.

After all, they may catch them.

All doctor of nursing practice students complete field study. Few of them go as far afield as Nigeria, where Ugonna Ukwu '23 chose to bring research into practice at a local hospital.

Nanette Nikolajsen '24 has pursued adventure before – in the Danish military, backpacking through Asia – and now here at LR on a nationally ranked triathlon team.