Born to run, swim and bike 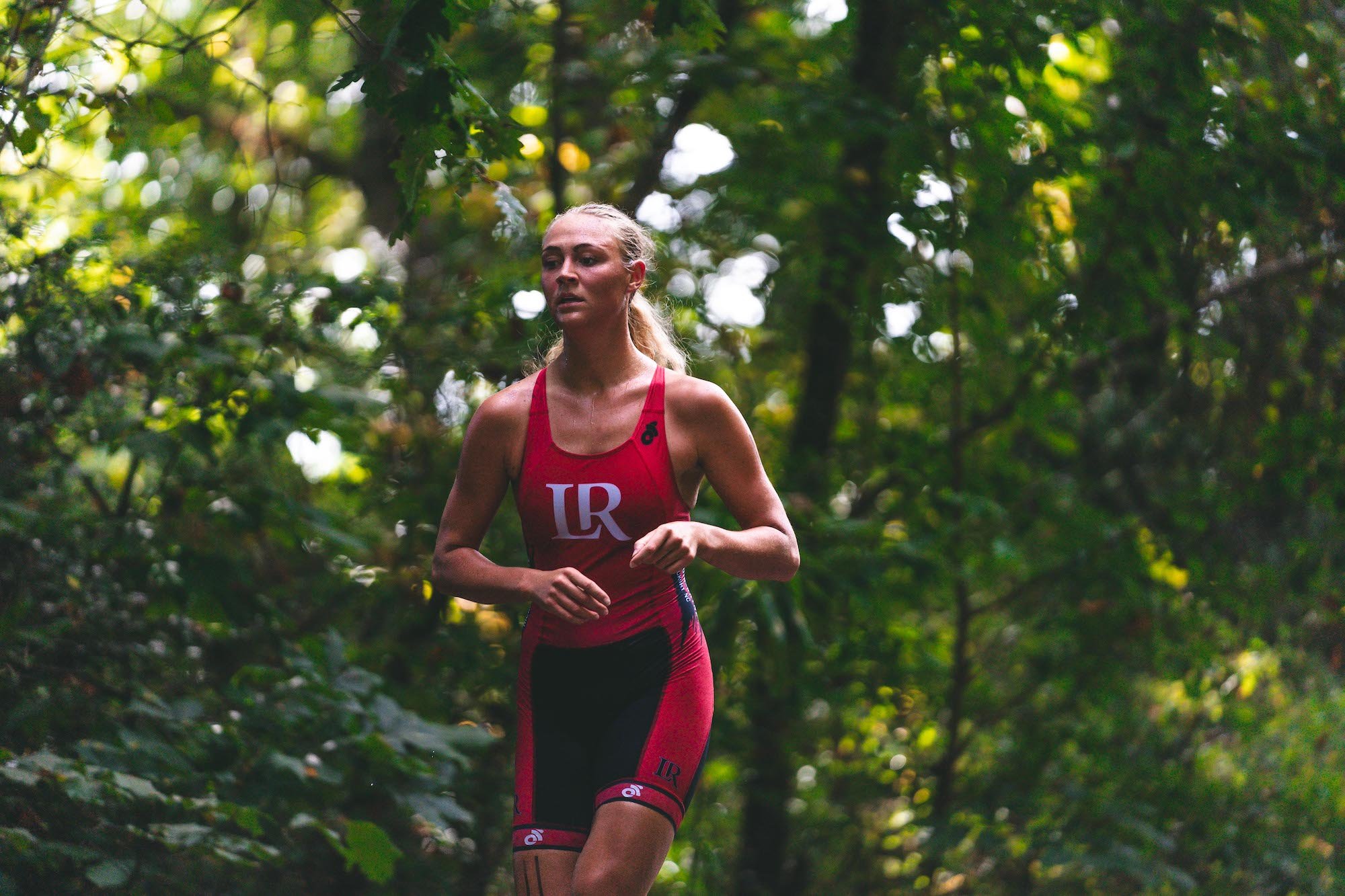 Three years ago, Nanette Nikolajsen ’24 traveled from her home in Esbjerg, Denmark to Lenoir-Rhyne for a chance to do what she does best — compete as a world-class triathlete while pushing herself to do well in her studies.

“It’s different at university in Denmark. We don’t have college athletics, so trying to study there, I had no time for any kind of sport. Here I have practice every day, but I can still fit in school assignments and social life,” Nikolajsen shared.

Family traditions and triathletes
If Nikolajsen thinks of her LR teammates as family, her family in Denmark is also a bit like a triathlon team. Nikolajsen’s parents — both physical therapists — began the family’s journey as competitive swimmers. Eventually, the couple took up running as well.

“I started swimming when I was a baby. I learned so early, I don’t even remember it,” Nikolajsen shared. “We also went to a track and field club where I had a lot of good friends.” 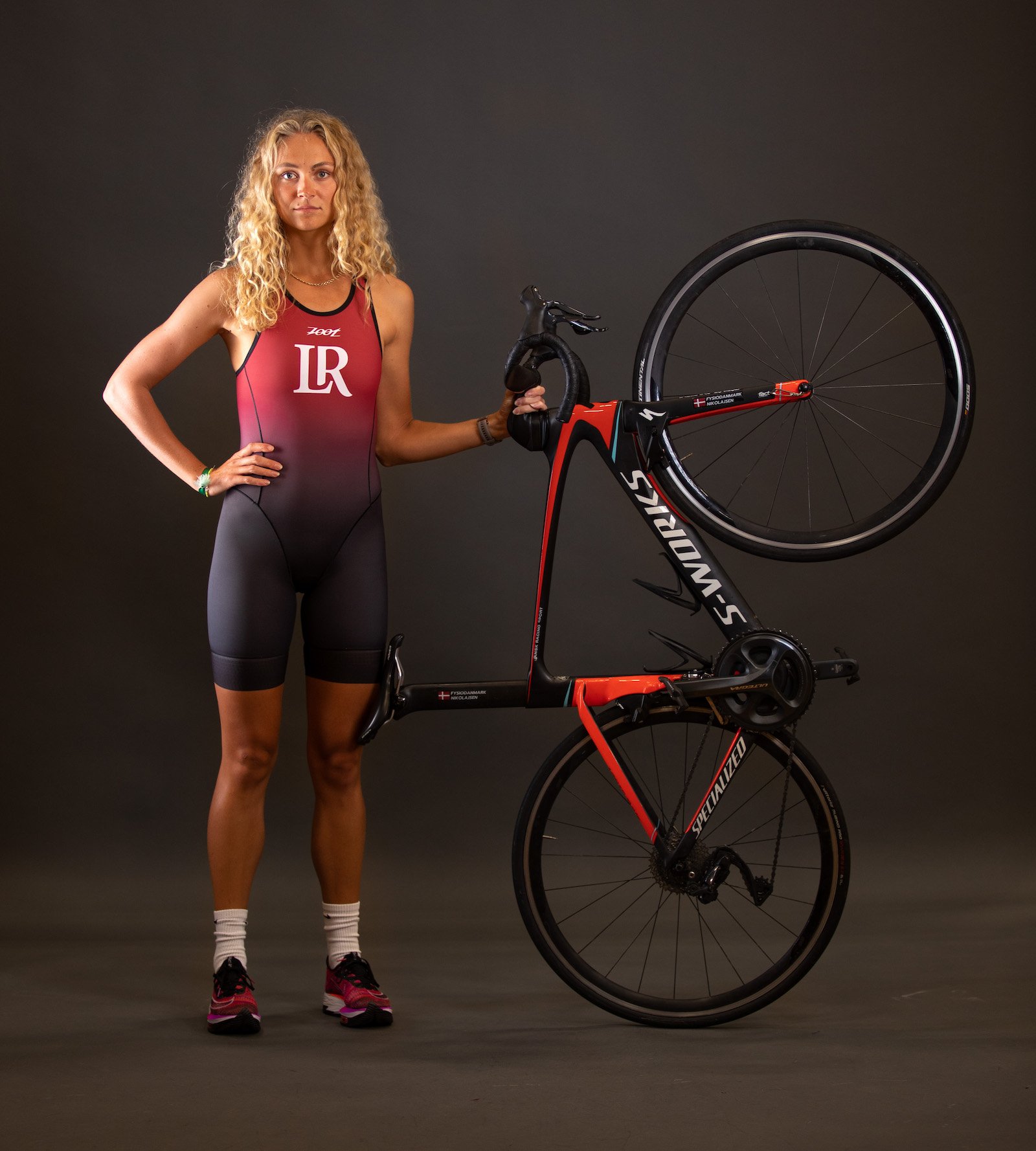 As she got older, Nikolajsen’s coaches pressed her to choose either running or swimming as her focus, but Nikolajsen had other ideas.

“I went to an event to see if I’d like triathlon. A lady told me I should try out for the national team because you only needed a swim time and a run time,” she recalled. “Those were the two events I was good at, so I tried out and joined the Danish national team when I was 14.”

Her brother and sister followed Nikolajsen’s lead and joined her at the elite levels of triathlon competition, though they have remained in Denmark. In September 2022, her brother won the Danish triathlon championships and competed in the European Cup.

“When I started training, my brother and sister just kind of followed along. They liked triathlon as well, so now we can train as a family when we’re together and when we go on vacation.”

The traveling triathlete
After finishing secondary school in Denmark, Nikolajsen opted for a gap year to consider her future. She spent a brief stint with the Danish military before she and a close friend spent four months traveling in Asia where she got a call from Bryant Howard, former LR triathlon head coach, who invited her to join the inaugural team here in Hickory.

“I was only supposed to be here for a year,” she shared. “I thought I’d take the year, take some classes, do some training and then see what I wanted to do. After two weeks I told my roommate, ‘I can’t believe it. I want to stay for four years.’”

With help from Eric Brandon, director of international admissions and special projects, Nikolajsen got her paperwork in order to stay and work on campus while also helping her decide to major in entrepreneurship and business management. She participates in community service as a member of Engaged Scholars. It’s a balanced life. 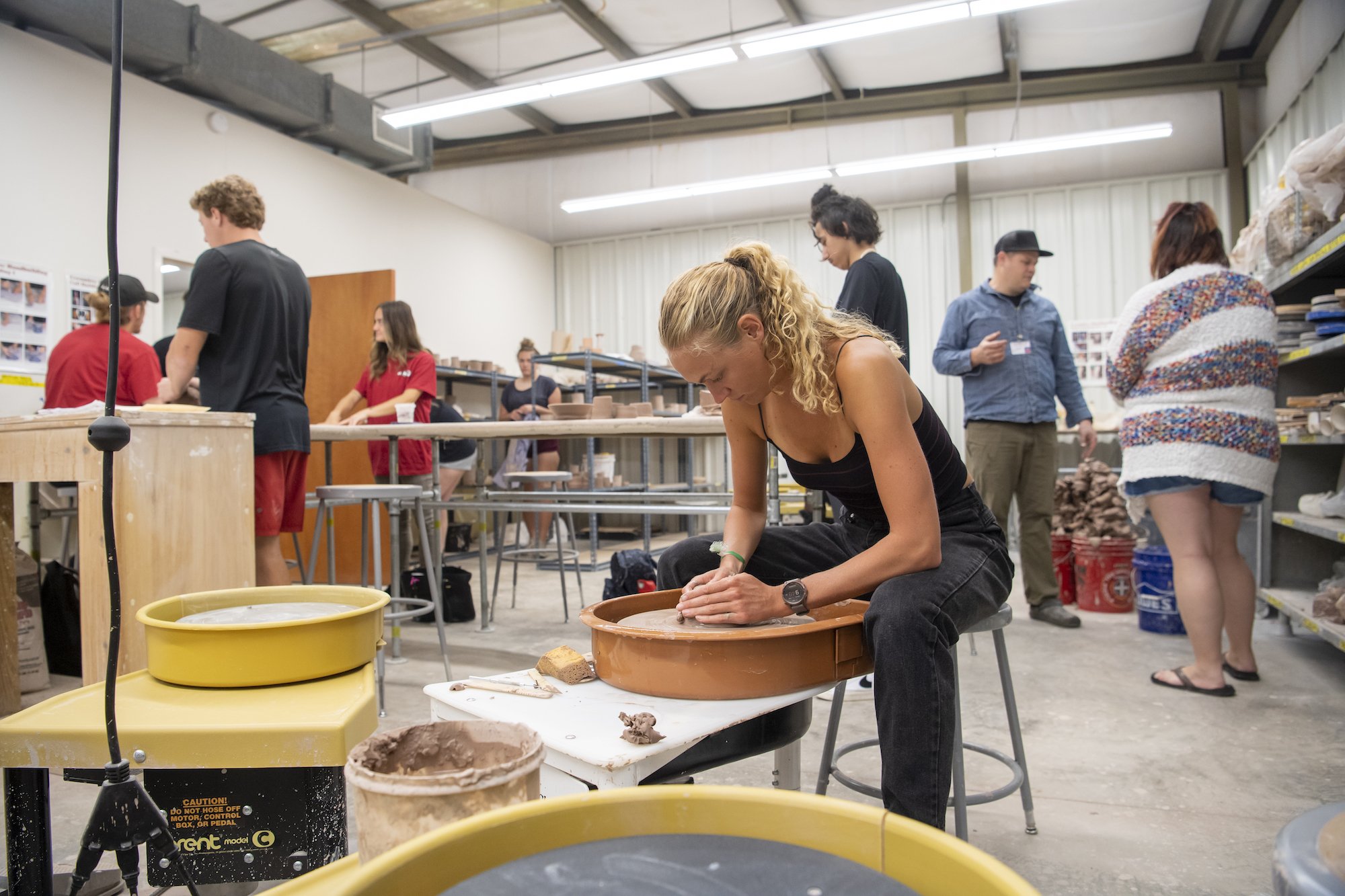 The balance extends to Nikolajsen’s academic schedule. “In Denmark when you apply for a major, you only take the major classes,” she explained. “I’m taking ceramics. I’m a business major, why am I making pottery? But it’s fun.”

Triathlon teamwork
Ceramics may be fun, but Nikolajsen’s favorite part of LR remains her team. “Triathlon is challenging because we are doing three sports in one, so there is always something to improve, but our team is like a family and we are doing everything we can to be the best.”

As of October 2022, the Bears women’s triathlon team is ranked second among NCAA division II teams. Nikolajsen is one of three members of the team ranked in the top 10 nationally.

Head triathalon coach Harley Mason shared that Nikolajsen is doing her part to bring the team together.

“She’s a natural leader,” Mason said, adding, “She’s always ready to get the work done and support her teammates — she’s a good student, a great friend and a strong athlete.”

Forever Between the Bricks