As the 12th president of Lenoir-Rhyne University, Dr. Frederick (Fred) K. Whitt leads the university to provide a new level of excellence to the private higher education experience. 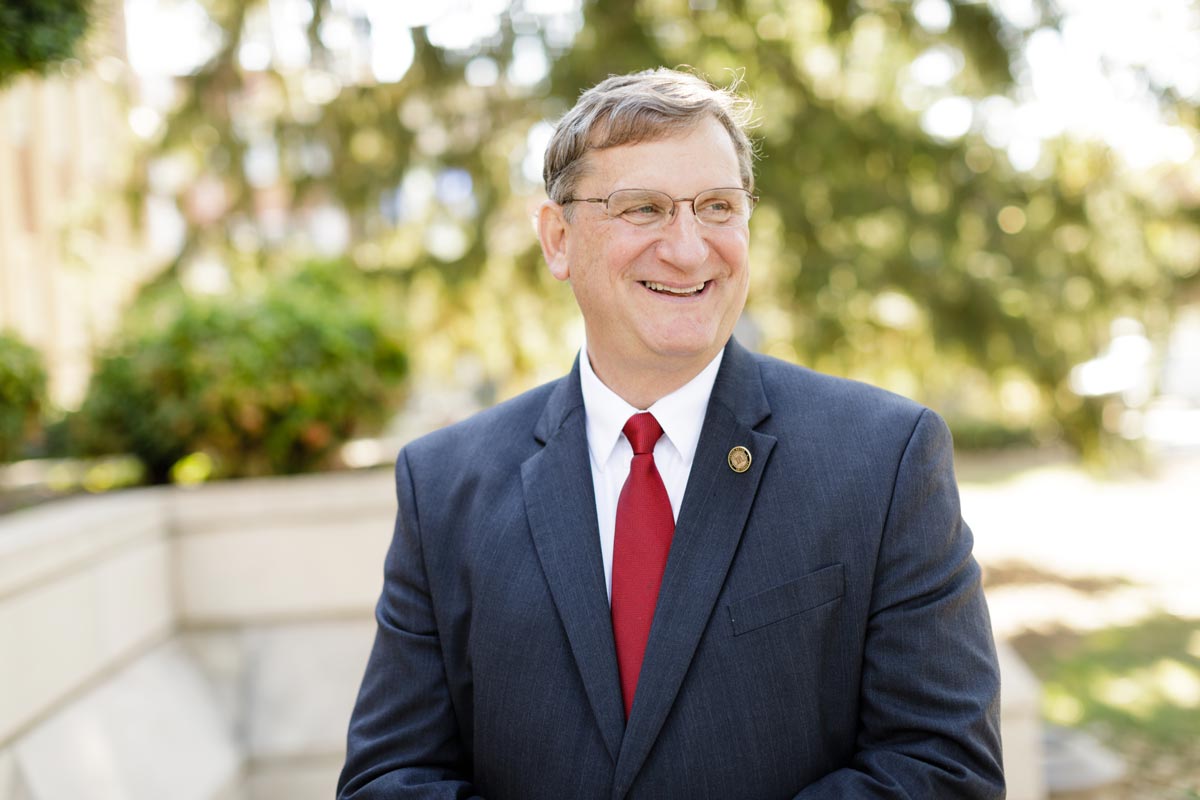 Dr. Frederick (Fred) K. Whitt, the 12th president of Lenoir-Rhyne University, is a recognized leader in higher education who oversees Lenoir-Rhyne’s more than 2,700 students. Under his leadership, the university has continued to break enrollment growth records – both at the undergraduate and graduate level and in the last fiscal year, 2019-20, through the extraordinary generosity of alumni, parents and friends, LR raised more than $9.05 million in commitments.

Positive growth continues to occur at Lenoir-Rhyne. Since his inauguration in 2017, the university created the Lenoir-Rhyne Promise; the inaugural class for the first doctoral program – Family nurse Practitioner/Doctor of Nursing program - started in 2018; the Master of Public Health (MPH) program received national accreditation, making it the only MPH program among private universities in North Carolina; the Lenoir-Rhyne Equity and Diversity Institute certificate program was launched; five sports have been added, including women’s triathlon and bass fishing, and many other accomplishments.

Through the implementation of Whitt’s strategic plan, Pivoting to a New Level of Excellence, the university has enhanced its reputation as a nationally recognized liberal arts university. In the first year of its implementation, the university has launched a pilot program for First-Generation Students and student life enhancements have occurred on all three campuses via multiple building projects including the Alex and Lee George Science Hall on the Hickory campus and the new Health Sciences building housing the occupational therapy program at the Columbia Campus.

Whitt has over 30 years of successful leadership experience in higher education to Lenoir-Rhyne. Previously, he served as Founding Dean of the Beaver College of Health Sciences (BCHS) at his alma mater, Appalachian State University. He had served as Dean since 2010 when he was appointed to lead the development of the first new college at Appalachian State in over 40 years. Whitt’s visionary leadership, passion for excellence, commitment for creating a collaborative culture, and development of significant community

Whitt earned his doctorate from the University of Tennessee, and his master of arts and bachelor of science degrees from Appalachian State. Prior to joining Appalachian State, he served as Dean of the College of Health and Human Sciences at Georgia Southern University from 1992 to 2010.

A Mount Holly, NC native, Whitt and his wife, Donna, a NC native and a nurse educator, have been married for more than 40 years and are the proud parents of two adult married sons.

Letters from the President

Thank you for your interest in having the president attend your event.

Office of the President

Office of the President