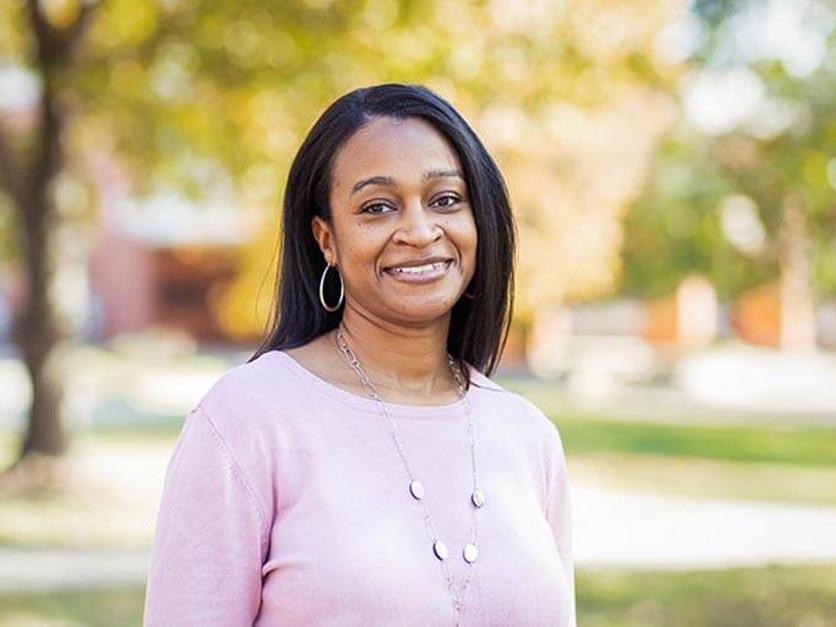 Thompson-Ballard has 20 years of progressive experience at LR, where she has received multiple promotions and continuously increased her leadership responsibilities.

Lenoir-Rhyne University has named Courtney Thompson-Ballard as director of financial aid. She assumed her role in mid-January after serving as interim director since October 2018.

Thompson-Ballard has 20 years of progressive experience at LR, where she has received multiple promotions and continuously increased her leadership responsibilities. As a key member of the enrollment team, Thompson-Ballard has led a variety of initiatives, including the administration of awarding endowments and scholarships, audit preparation, and professional development. In her current role, Thompson-Ballard's responsibilities include administration of the Office of Financial Aid, as well as responsible for the leadership and management of administering all financial aid operations, including institutional, state, and federal funds.

"I am excited to step into this role at Lenoir-Rhyne," Thompson-Ballard said. "In financial aid, I've experienced the constant changing complexity of the process and am confident that my background will refine the goal of making the aid process go as smoothly as possible for our students and families."

The Lenoir-Rhyne University Board of Trustees has renewed the contract of Dr. Fred Whitt, LR president, for a six-year term. The board unanimously approved the new contract at its meeting in November; the contract became effective Jan. 1 and will continue through Jan. 1, 2028.

Thanks to a grant from the Kenneth K. and Suzanne G. Millholland Endowment Fund, the Rev. Todd Cutter has been developing new resources for spiritual development for students.