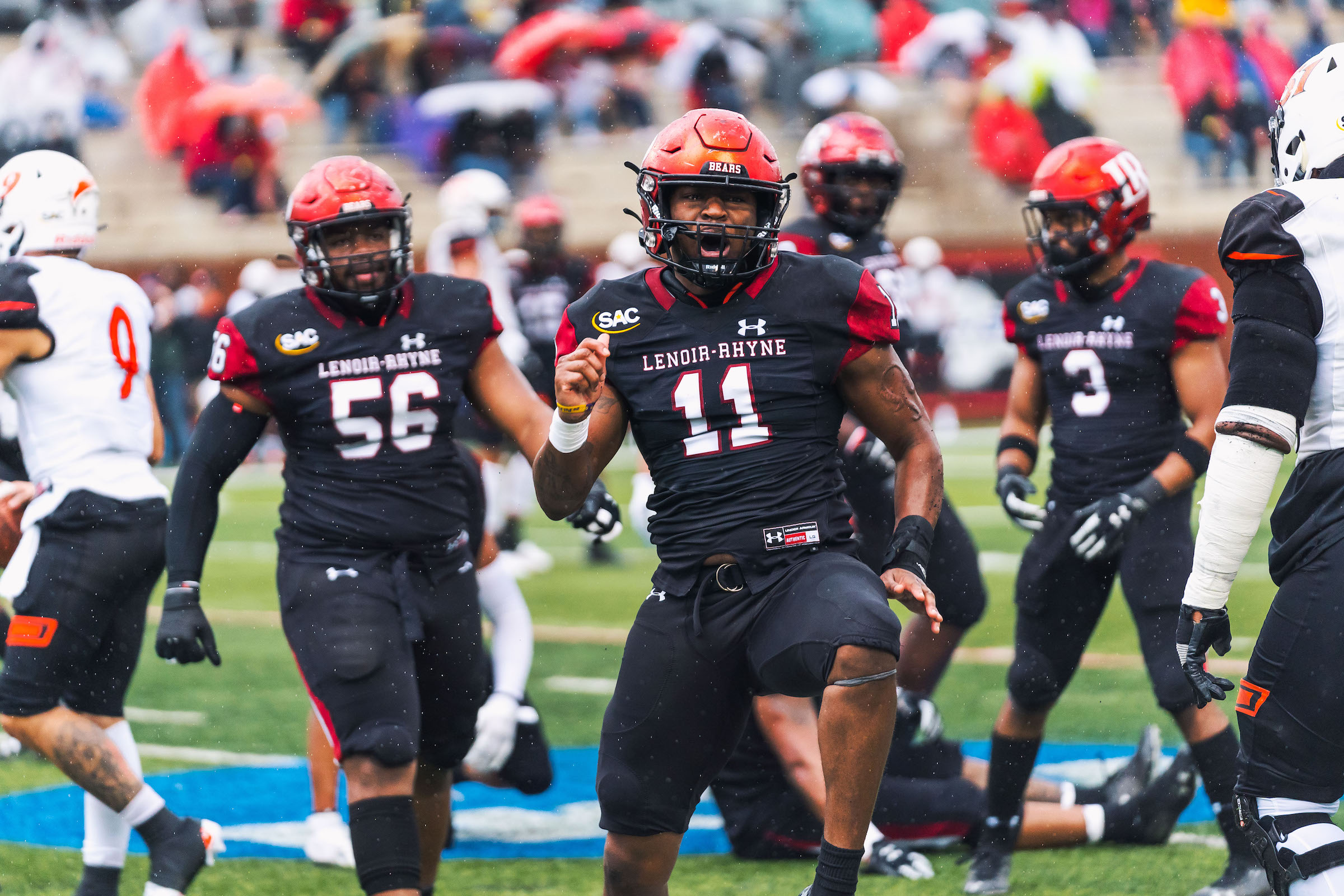 The Class of 2022 prepares to begin their journey as the next generation of business professionals, influencers and leaders.

Eric Jackson, Charleston, South Carolina native, is graduating with a degree in information technology. He has accepted a position with Hood Patterson & Dewar in Virginia and starts his job in mid-May. Jackson says his leadership experiences and classroom application at Lenoir-Rhyne helped shape his business acumen and empowered him to grow personally and professionally.

“Making it this far is an accomplishment,” Jackson said. “It’s a lot of required hours. I’ve learned coding and data mining and data generation.”

Jackson applied the learned classroom knowledge in his academic program through an internship where he worked with a client to develop a product or program to provide more efficient processes or value to a customer or company. Working with John Brzorad, an LR professor of biology, Jackson and several classmates developed an application to help support Brzorad’s fieldwork of tracking egrets and herons.

“The app allows people in the area to log in and register the activity of the birds to survey the routes,” Jackson said. “The individual who has tracked the activity can pinpoint the location in water, land or tree and then it loads the activity to a database.”

The benefits of the project far outweighed the challenges.

“We lost a team member who was valuable to our group project, but we had the knowledge and research as well as different backgrounds to find a solution once we all put our minds together to work as one,” Jackson said. “The benefit was working as a team.”

Excelling on the football field and fraternity

Being an accomplished student in the classroom doesn’t come easy. Still, Jackson has used teamwork and brotherhood in his role as a member of the Omega Psi Phi fraternity and his leadership position as most recent captain of the LR Bears football team.

Throughout his four years, Jackson helped the team navigate changes in the coaching staff and embrace the various coaching cultures.

“It was important to make sure everyone understood we were part of a brotherhood and we take care of everyone, not just in football,” he said. “We support the soccer teams and other sports with the same respect.”

Jackson blazed a trail with an impressive record on the gridiron during his undergraduate career, finishing his final season as a defensive back and earning First Team All-Conference. In 2019, he received both South Atlantic Conference and National Defensive Player of the Week honors for his 3-interception performance against Mars Hill. Jackson is a three-time recipient of the Ronnie Lott Heavy Hitter of the Week award. In two seasons, he led the Bears with interceptions for a career total of 13. His career statistics also include 225 total tackles with 110 solo stops.

Reflecting on his four years, Jackson credits Lenoir-Rhyne for an exceptional experience.

“It’s been a great experience — the football championships, the fraternity brotherhood, serving as captain and supporting community service,” he said. “I’ve met so many people who will leave an impression on me.”