Once a Bear, always a Bear. 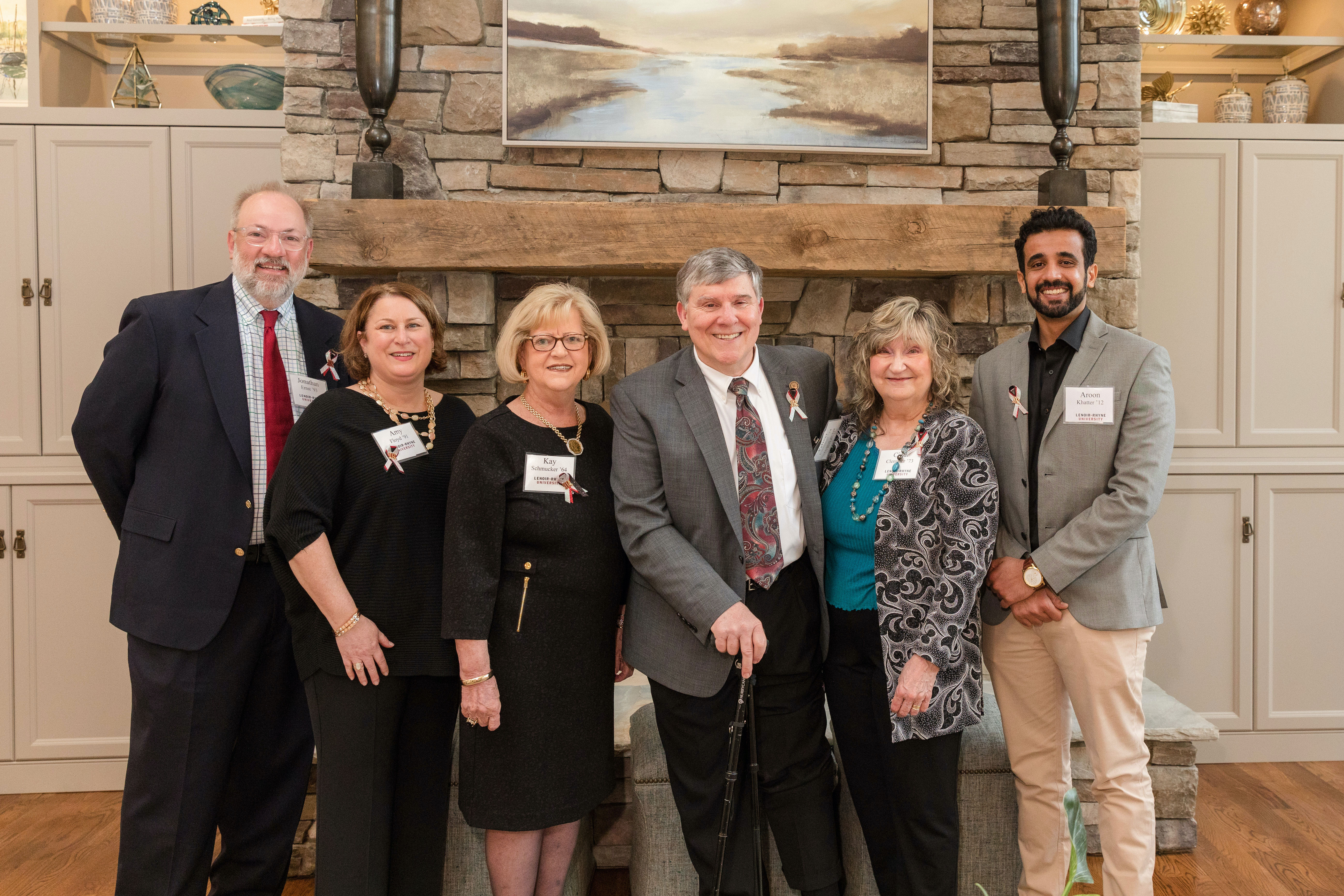 Aroon Khatter ’12, recipient of the Rising Star Young Alumnus/a Award, graduated from Lenoir-Rhyne with a bachelor’s degree in finance and economics in May 2012. A student-athlete and honor roll student, he played at the number one position on the varsity LR Bears tennis team and was a Phi Kappa Phi honor society member. In addition, he competed with LR’s College Fed Challenge, an academic competition designed to expand the community’s understanding of the Federal Reserve System’s role in the economy and the importance of Federal Open Market Committee decisions. At the 2011 competition, the team placed second at the Charlotte Region of the Richmond Federal Reserve Bank. 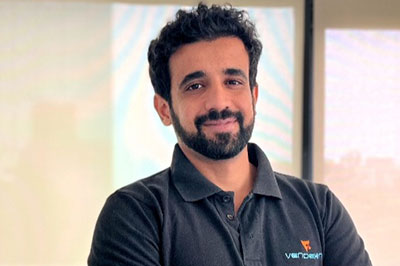 After graduating, Khatter started his entrepreneurial career at the age of 22. Initially, he served as sales director at Virrea Technologies and collaborated with various startups. In 2016, he began his role as founder and chief executive officer of Vendekin Technologies, aiming to make the vending experience touch-free and cashless. In five years, the company transformed into a global pioneer and established a presence in more than 10 countries with its patented technology for unattended automated vending machines and self-service kiosks. His business also introduced a machine to dispense hand sanitizers and other hygiene products following the global pandemic in 2020. He has been granted two U.S. patents with eight more pending reviews, among other accomplishments.

An avid sports fan, Khatter played tennis competitively at the national and international level, being a former top 15 player in India and top 800 in the world. He has traveled to more than 30 countries across four continents in the last 10 years and hopes to travel to the other continents in the next decade.

Kay Bowman Schmucker is a 1964 graduate of Lenoir-Rhyne University with a bachelor’s degree in business administration. After graduating, she served as an office assistant for the dean of students and chaplain before fulfilling two years as interim dean of students. She is recipient of the Opal L. Moretz Service Award: Service to the Community. 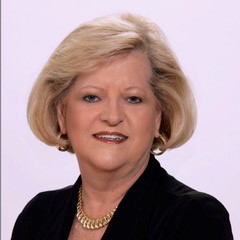 Before winning that award, the Kay Schmucker Team was awarded the Chairman’s Circle-Gold Level from 2014 to 2019. Schmucker was also recognized with the prestigious Legend 15 Year Award in 2019 for consistently being ranked in the top 2 percent of sales professionals in the Berkshire Hathaway HomeServices’ network. Schmucker currently serves on the City of Hickory bond referendum board. She has additional leadership experience as an LR alumni mentor, Alumni Association board member and Bears Club member. In addition, Schmucker has previously volunteered and held leadership roles with various community organizations. She attributes the city’s success to LR’s presence.

Schmucker is married to Jim, a 1963 alumnus. Their daughter, Angie, also graduated from LR in 1995. Angie and her husband, Jeff, have two daughters, Caroline and Jessica.

A native of Charlotte, North Carolina, the late Richard (“Dick”) Long Huffman Jr. earned his bachelor’s degree in business administration in 1972 at Lenoir-Rhyne before studying law at Wake Forest University. He also earned an MBA at the University of North Carolina, Charlotte. During his time at LR, Huffman was a member of the debate team, Theta Chi fraternity, class officer as well as student body treasurer, business manager of the student newspaper and on the dean’s list. He died Jan. 29, 2022, at the age of 72. The university awarded Huffman with the Opal L. Moretz Service Award: Service to the University.
Huffman practiced law in Charlotte and later at Wallace and Graham in Salisbury before establishing Huffman Law Firm. He developed expertise in occupational diseases and injuries, particularly asbestos-related cases. Huffman was a zealous advocate for those who had not gotten a fair shake at life. His passion for his work and concern for his clients was evident while in hospice care at home; he worked from his hospital bed until the day he died.

Huffman served on the board of visitors at LR from 2013 to 2017 before being appointed chairperson for a one-year term. He was previously a member of the Alumni Association board from 2005 to 2010, serving as chair in 2010. In addition, Huffman served on the Rowan Museum board of directors, the Historic Preservation Commission, the Historic Salisbury Foundation and Rowan Rotary Club.

Huffman is survived by his wife, Dale; sister, Marsha Tarte and her husband, Bob; his brother-in-law and sister-in-law, Jeff and Donna Palmer of New London; and two nieces, Tiffany Palmer and Caitlin Hudgins. In his memory, the family established the Huffman Speaker Series for Social Justice at the university, combining two of his biggest loves and allowing his legacy to live on.

Alumni use talents to make a difference

The Rev. Palmer D. and Cynthia “Cindi” Long Clemmer have been married for almost 47 years and have never forgotten that Lenoir-Rhyne University brought them together. As an LR student, Palmer participated in intramural sports and Playmakers and was a Tau Kappa Epsilon fraternity member. Cindi’s LR activities included the A Cappella Choir, Zeta Tau Alpha fraternity and editor-in-chief of the student newspaper. The Clemmers were presented the Opal L. Moretz Service Award: Service to the University. 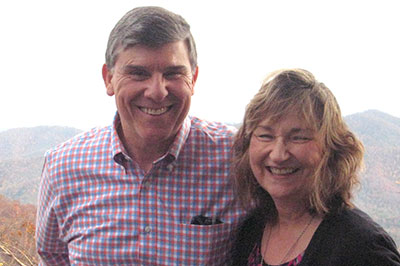 In addition to filling various leadership roles for local ministerial associations and regional capital campaigns, Palmer served on LR’s board of trustees. In 2017, he was awarded the Trustee Award for noteworthy service to LR. Cindi previously served on the Alumni Association board and is currently a member of the Board of Visitors.

In 1996, the Clemmers created a scholarship fund in memory of Cindi’s parents. They’ve also participated in their alma mater’s various fundraising efforts, including naming gifts to the science center’s renovation, the Neill McGeachy Sports Performance Center, the University Commons and the current Moretz Stadium renovation.

When the Clemmers were able, they moved back to the Hickory area, building a home near campus that includes space to house LR students who need economic assistance to stay in school. They also have served as Listening Post volunteers, engaging in conversation with students.

A 1991 alumna of Lenoir-Rhyne, Amy Lyster Floyd earned a bachelor’s degree in business administration. As a student, she was active with Kappa Delta sorority and dance, among other opportunities. Floyd was presented the Opal L. Moretz Service Award: Service to the Alumni Association. 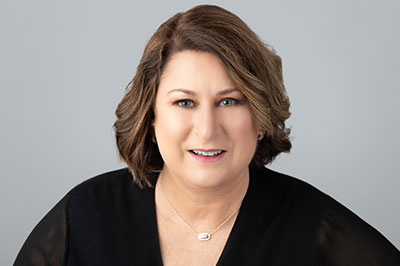 After graduation, Floyd represented the university as an enrollment counselor. This experience allowed her to continue to share her passion and loyalty toward LR. Floyd eventually returned to Atlanta and has held human resources management roles with healthcare organizations. She currently works for Piedmont Medical Care Corporation.

Floyd remains committed to LR, serving on the Board of Visitors and as former president of the Alumni Association board of directors. In addition, she served as team mom for her daughter’s cheer program and chaired the Camp Lassiter summer cheer camp.

Floyd knows that her overall experiences at LR played a significant and positive part in the opportunities and life experiences that she has had since her college days. She attributes her success to her experience at Lenoir-Rhyne.

Floyd and her husband, Jeff, reside in Roswell, Georgia, with their daughter, Katie, a first-year student at Georgia Southern University.

Jonathan Matthew Ernst is currently a Washington-based senior photographer for Reuters News Pictures. A 1993 honors graduate of Lenoir-Rhyne, Ernst earned his bachelor’s degree in English with an emphasis in journalism and now shoots for some of the biggest names in the business, including The New York Times, The Washington Post, Time and Sports Illustrated. He was presented the Clarence L. Pugh Distinguished Alumnus/a Award. 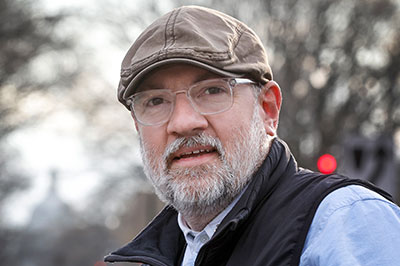 During his experience at LR, Ernst was a member of Theta Xi fraternity and active in Playmakers and Model United Nations. He also served as editor-in-chief of Lenoir-Rhynean student newspaper. He received the 1993 Jefferson Cup for Editorial Achievement and 1993 North Carolina Intercollegiate Press Association first-place awards for sports photography and feature photography.

After graduation, Ernst started his career at the Asheville Citizen-Times before working as a staff photographer and writer for the Augusta Chronicle newspaper. He credits the experience he gained in Playmakers to compete for and win one of eight Pew Fellowships in International Journalism in fall 2001. The program provided an opportunity for Ernst to travel to Colombia and report on Plan Colombia, a government effort to eradicate coca crops. Ernst has worked on every continent except Antarctica, is covering the fourth White House administration and has landed on Air Force One in more than 40 states and many countries. He recently photographed his first Olympics to go along with many golf major championships, the World Series and a bevy of professional sports assignments.

Ernst has a son, Jack-Henry, with his wife, Emily Sollie. They are members of the Lutheran Church of the Reformation in Washington, D.C. Sollie was a standout difference-maker for Lutheran World Relief for many years at home and abroad.